When the need to address a public safety problem goes beyond the ability of the patrol team, we call the CRITICAL RESPONSE TEAM - CRT.

This team consists of two components: 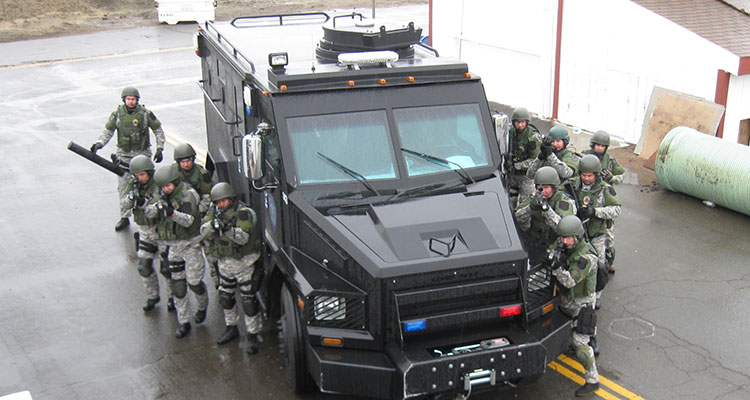 While most police officers are skilled in the application of tactics and methods necessary to resolve situations, members of the Special Weapons & Tactics Team (SWAT) are both more skilled and better equipped to deal with public safety threats that exceed the normal patrol call.

Tactical negotiators are many times tasked with negotiating with very unstable, explosive and volatile subjects, and are vital members of the critical response team. Negotiators are men and women of exceptional character, able to communicate with people under extreme stress and during the most difficult situations. Negotiators are skilled communicators with the ability to understand the issues confronting people in crisis, and the talent to quickly defuse tense and dynamic situations. Our negotiators have worked from isolated command posts, the front seat of patrol cars and - on rare occasions - face to face with potentially violent suspects.

For questions about the Critical Response Team/SWAT Team, please contact: