Crime Reporting
When a non-emergency crime has been committed, you may benefit from reporting the crime online. It is convenient for you to use and easy to access 24 hours a day.

Wednesday, April 28, 2021
The Turlock Police Department is requesting the public's assistance with identifying the picture male suspect. On April 9th, 2021, he used stolen credit cards to make purchases in Turlock and drives a white 2-door Honda Civic. If anyone has any information regarding the identity of this suspect please contact the Crime stoppers tip line at 7-866-602-7463, available 24 hours a day, or visit our website at www.stancrimetips.org, or download our P3 app. **ALL tips are and will remain ANONYMOUS.**

Friday, March 26, 2021
The Turlock Police Department is requesting assistance from the public in identifying the male suspect who discharged a handgun inside of Udder Place located at 110 W. Main Street in Turlock on 01/31/2021 at approximately 1:26 AM. If anyone has any information regarding the identity of the male and/or the other suspects in the photo please contact Crime Stoppers at (209) 521-4636, or visit our website www.stancrimetips.org, or download our P3 app. **All tips are and will remain ANONYMOUS. Translation is available**

Friday, March 12, 2021
Since mid-February, there have been 12 reported incidents of rims and tires being stolen off of vehicles overnight, leaving victims to find their vehicles on bricks/cinder blocks in the morning. The targeted vehicles are newer models of Toyota Corollas, Toyota Camry's, and Honda Accord with stock sport rims and tires. Of the 12 reported incidents, 6 have occurred in apartment complex parking lots. The Turlock Police Department wants to make citizens aware of this trend and to help those with these types of vehicles to know what they can do to help prevent their rims and tires being stolen: - Install video surveillance - Park in a well-lit area - If you have a garage, park inside at night - Utilize locking lug-nuts - Be sure to lock and alarm your vehicle - Lastly, communicate with your neighbors and look out for one another if you notice something suspicious Please report suspicious activity or in-progress crimes that are occurring to the Turlock Police Dispatch at (209) 668-1200. If you are interested in starting a Neighborhood Watch Program in your neighborhood, please contact Crime Prevention Specialist Erika Grace at egrace@tulock.ca.us.

Thursday, March 11, 2021
The Turlock Police Department as asking for the public's help in identifying this male suspect who robbed CVS at knifepoint on Thursday, March 4th, 2021 at approximately 8:30 PM. The suspect is described with a slim build, standing between 5'07"-5'08" at approximately 140lbs, and black hair. The suspect was wearing a black Nor Cal sweatshirt with a bear on it and a black baseball hat. If anyone has any information regarding the identity of this suspect or his whereabouts, please contact the Crime Stoppers tip line at 1-866-602-7463, available 24 hours a day, or visit our website at www.stancrimetips.org. **ALL tips are and will remain ANONYMOUS. Translation is available.**

Tuesday, March 9, 2021
The Turlock Police Department is requesting the public's assistance in locating a suspect vehicle that fled the scene of a collision involving a bicyclist on N. Front Street near the intersection of Almond Avenue in Turlock, on Saturday, March 6th, 2021 at 7:17 PM. The suspect vehicle is a gray/charcoal Mercedes sedan with moderate front and/or side damage consistent with the collision. The suspect may be seeking repair at an auto body shop. If anyone has information regarding this vehicle or the identity of the driver please contact the Crime Stoppers tip line at 1-866-602-7463, available 24 hours a day, or visit our website at www.stancrimetips.org. **ALL tips are and will remain ANONYMOUS. Translation is available.** Disclaimer: The photos attached to this post are SIMILAR vehicles not the ACTUAL vehicle

Thursday, February 25, 2021
The Turlock Police Department is requesting the public's assistance in identifying these 3 pictured suspects who are frequently using a credit card that was stolen out of a mailbox in the 900 block of W. Canal Drive on February 1, 2021. If anyone has information please contact the Crime Stoppers tip line at 1-866-602-7463 available 24 hours a day, or visit our website at www.stancrimetips.org. ***ALL tips are and will remain ANONYMOUS. Translation is available.**

Thursday, December 17, 2020
The Turlock Police Department is looking to locate 26 year old Marco (AKA Marcos) Antonio Soria who is wanted for attempted robbery and burglary. Soria has ties to Turlock, Modesto, Ceres and Newman. If you know where Soria is or have any information please contact Crime Stoppers (209) 521-4636, you can remain anonymous.

Tuesday, December 15, 2020
UPDATE: The suspect has been taken into custody. ------ The Turlock Police Department is looking to locate Fernando Venegas who is wanted for murder. Fernando is a 32 year old Hispanic male, 5€05€, 200 pounds, and has ties to Merced and Stanislaus counties. Anyone with information about where Fernando is or anything about the murder that occurred on Sept 7, 2020, at the Days Inn in Turlock, please contact Crime Stoppers at (209) 521-4636, where you can remain anonymous. #stanareacs #turlockpolice

Friday, October 30, 2020
UPDATE: This suspect has been identified. ------------ The Turlock Police Department is requesting the public€s help in identifying this female who stole an elderly woman€s purse at Safeway and then used her credit cards for fraudulent purchases. If you can identify her please contact Crime Stoppers at (209) 521-4636. You can remain anonymous and if your tip leads to an arrest you could be eligible for a reward. #stanareacs #turlockpolice

Search Crime in Your Neighborhood 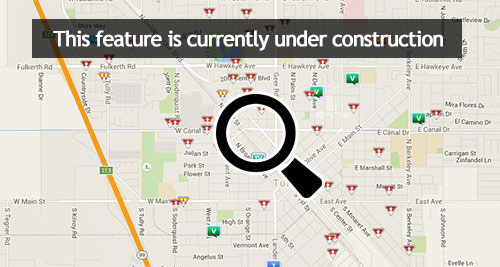 
On Wednesday, May 5, 2021, at 7:41 pm, Turlock Police Officers made a traffic stop for vehicle code violations in the 400 block of Lander Avenue. During the traffic stop, officers detained four subjects and established probable cause to conduct a search of the vehicle. Twenty-eight pounds of pre-packaged marijuana along with approximately $35,000 was discovered. The marijuana had an approximate street value of $28,000.
Nixle


On Monday, May 3, 2021, at approximately 12:37 am, the Turlock Police Department received calls of a bicyclist who had been struck by a vehicle in the 400 block of Lander Avenue. The driver of the vehicle, later determined to be Francisco Javier Castellon-Gonzalez, 22 years old, of Modesto, fled the scene while driving a white 2009 GMC pickup.
Nixle


On Friday, April 23, 2021, at approximately 3:13 am, a masked, Hispanic male adult robbed a Turlock convenience store located in the 1600 block of West Main Street. Witnesses who were contacted at the scene reported to Officers that the suspect brandished a handgun and demanded money from the clerk.
Nixle


On August 4, 2020, at approximately 1:03 a.m., Turlock Police responded to a call of an aggravated assault in progress in the 500 block of Twentieth Century Boulevard. When officers arrived, they located Amythest Cortez, 27 years, of Gustine who was shot. Despite advanced medical care, Ms. Cortez and her unborn baby died.
Nixle