JOIN OUR TEAM
Information about working as a firefighter in Turlock, our explorer program, and how to join us for a ride along.

CPR CLASSES
We partner with American Safety Health Institute to offer CPR classes. Find out when and where we are offering a CPR class.

SAFETY & FIRE PREPAREDNESS
Learn how to be ready to keep you and your family safe in the event of a fire.

BUSINESSES & DEVELOPERS
Information for those opening or running a business or developing in Turlock.

ABOUT US
Learn about our history, how we are structured, our service statistics, our other operations, and our Santa truck tours every December.

The Turlock Fire Department would like to take the opportunity to thank Gracie Sebastian for her 3 years of work and dedication to Neighborhood Services which is a division under the fire department. Good luck in your future endeavors Gracie.
Posted on Facebook 3 days ago

Last Friday, Turlock Fire Department held a Captain's promotional ceremony. A time where friends and family had an opportunity to celebrate the accomplishments of Captain Mason and Captain Nascimento. Special note: Retired Turlock Fire Captain Curt Green passed along his bugels to his son in law Captain Nascimento. #Turlock #TurlockFire
Posted on Facebook 4 days ago

Early this morning at approximately 0403 hours multiple Turlock Fire units were dispatched to the report of a working structure fire in the 1200 block of Payne Way. Initially only 2 of Turlock Fire units plus a BC were dispatched due to multiple medical calls at the same time. Fire crews arrived on scene to find 2 vehicles in the driveway with heavy fire involvement. The first due engine came from across town. Crews were able to quickly bring the fire under control but during suppression efforts found a patient with burn injuries. The patient was flown to a burn center. Our county resource partners covered the city for the duration of the call. #Turlock #TurlockFire
Posted on Facebook 4 days ago

Last night 7/25 at approximately 2056 hours E33 and E31 were dispatched to the report of cardboard on fire behind the Walmart Neighborhood Market. When crews arrived on scene they found a large stack of bailed cardboard on fire. Crews attacked the fire and patrolled the surrounding neighborhoods due to the large amount of ember cast. City crews were called in with large equipment to break apart the bails. Crews remained on scene performing an extensive overhaul of the fire. Photo credit: Patrick Shansoff #Turlock #TurlockFire
Posted on Facebook 5 days ago

This morning at approximately 0827 all Turlock Fire units were dispatched to the report of a potential structure fire in the 900 block of Georgetown Ave. Upon arrival, units found a fire on the stove top that had extended to the surrounding area. First due crews were able to quickly bring the fire under control. Turlock Fire units remained on scene for an extended period of time conducting suppression and overhaul. #Turlock #TurlockFire
Posted on Facebook 18 days ago

All Turlock Fire units are committed to multiple grass fires across town due to fire works.
Posted on Facebook 27 days ago 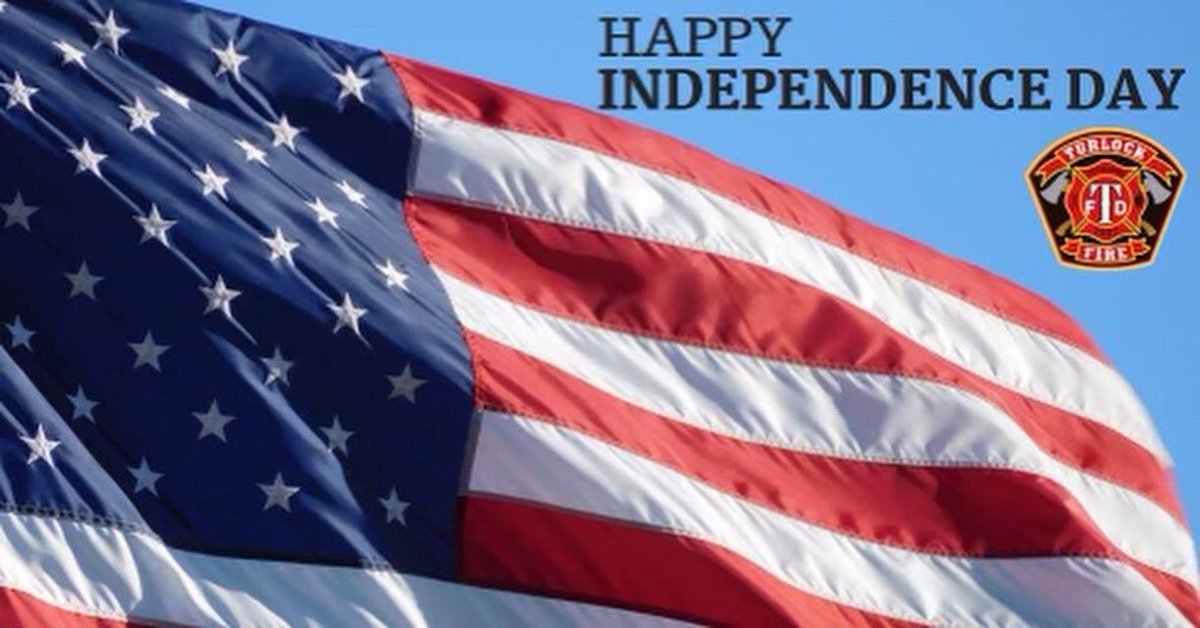 Happy 4th of July! As a reminder, our Fire Administration office will be closed tomorrow. #Turlock #TurlockFire

Happy 4th of July! As a reminder, our Fire Administration office will be closed tomorrow. #Turlock #TurlockFire
Posted on Facebook 27 days ago

Even legal €safe and sane€ fireworks can cause injury if not handled properly. If you are planning on using fireworks this 4th of July take extra safety precautions. Never attempt to re-light or fix a firework and remember to soak spent fireworks in water before discarding. #Turlock #TurlockFire #Fireworks
Posted on Facebook 28 days ago